16 artists made their way to St Mary Abchurch, in the City. The day was not too hot or even too wet.

This glorious Wren church boasts a reredos by the master carver Grinling Gibbons and a domed ceiling, which was apparently a dry run for St Paul's but on a smaller scale. There is a pitched roof rather than a dome covering the ceiling so the dome is not apparent from the outside.

In the church there was an exhibition of woodcarving entitled "Art and Ornament", celebrating Grinling Gibbons. This was much enjoyed by the artists and Hugh Wedderburn, one of the exhibitors, was giving a wood carving demonstration and answering questions.

At 12:30 prompt Ian Shaw gave an organ recital flooding the church with music. We were allowed to carry on drawing during the recital and there is a portrait of the organist below. So it is surprising that we got any work done amidst all the excitement, but we did.

We ate sandwiches on the benches in the courtyard outside the church for lunch.

Work includes the interior and the exterior of the church. It was difficult to get a long view of the church because of the built up nature of the surroundings but some artists braved the narrow alley and through traffic to produce images of the outside of this amazing church. 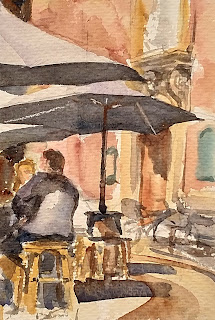 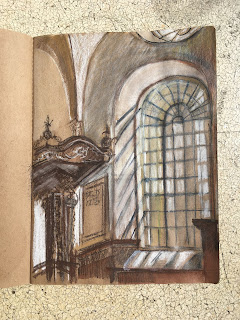 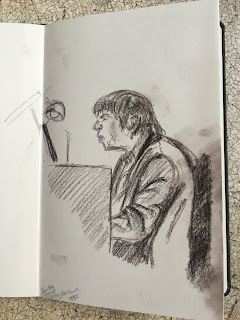 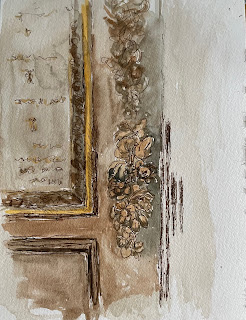 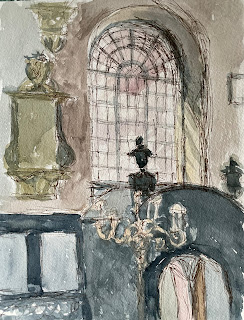 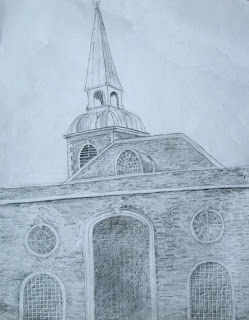 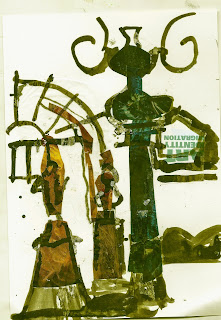 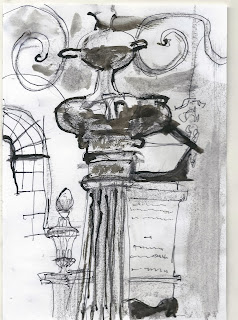 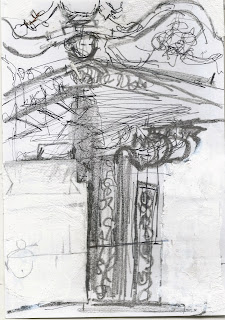 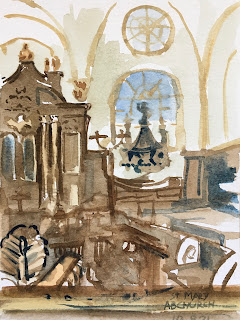 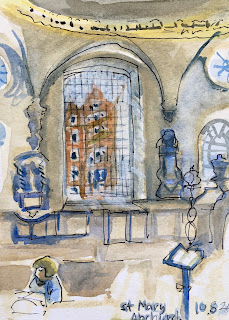 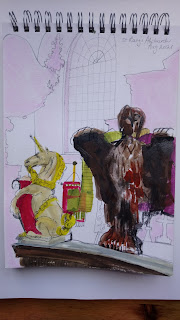 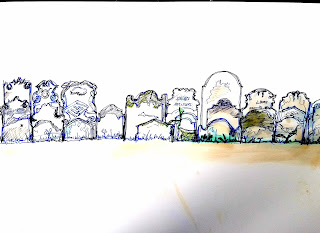 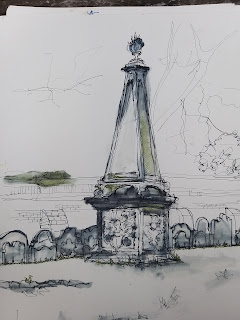