Ten of us had a very surprising time in Leicester Square:  the weather was fine, and we were just settling down to careful consideration of the horses of the Hippodrome, the statue of Shakespeare, etc., etc., when we became aware of raucus singing and crowds of men with bottles and  football supporters' gear.   We had selected the assembly and celebration point for Ajax (a Dutch football team) supporters!   They were starting the day early, and would continue in Leicester Square until it became time to move to Tottenham Hotspur's stadium in the late afternoon.

We carried on in the midst of the crowd and rather zonked by the noise, until lunchtime, incorporating the fans as necessary into our artwork.   Some of the fans actually admired our sketches and presented us with Ajax stickers, also incorporated into the work. Quite an experience, but rather disruptive for the art; despite the many fascinations of Leicester Square probably not a location to repeat.

Most of us sketched with our normal materials, but one of us completed a woven picture, created by painting two pictures of the same view down one of the streets leading from the square, cutting them into strips, and weaving them together.   A lovely mosaic-style picture emerged at the end.   We are still trying to work out how she got it to turn out so well.   We are all on a learning curve on these Art in the Park days.

We hastened away at our pre-arranged time, to a pre-selected vegetarian restaurant off Regent Street (Titbits).   The food was delicious and healthy, and we were able to find a nice large table with natural light, and plenty of space.

After lunch, only two stalwarts continued.   We went to Piccadilly Circus, which had tourists and street artists and musicians, as well as Eros in all his glory.   We found a secluded nook on the pedestrianised side of the Circus, enjoyed the guitarist-singers and felt that the standard of music was much much higher, and a bit quieter, than at Leicester Square.

We are trying out one of the hotspots of Central London, Leicester Square, for our next sketch-date on Tuesday 30th April.

At 11 o'clock we will assemble at the Theatre Ticket Booth (TKTS) at the South side of the Square.   In view of the number of people in the area, we suggest that artists keep together in small groups to avoid unwanted attentions.   We suggest that you minimise your cash and cards, as there are pickpockets around.

There is a green centre to the Square, several big trees, and a fountain and statue of Shakespeare which provide a non-metropolitan alternative for people who do not want to sketch buildings.   The scruffy old square had a major redevelopment as part of a Great Outdoors scheme proposed by Boris Johnson when Mayor of London.   It cost a staggering £15.3 million and was finished in time for the Olympics.   Rather sadly four other statues were taken down as part of this, including one of Hogarth who lived at "Leicester Fields" in the mid-eighteenth century.   https://en.wikipedia.org/wiki/Leicester_Square#/media/File:Redeveloped_Leicester_Square.jpg

There is a mass of architecture to be sketched, both art deco and victorian extravaganzas, lots of lovely gables on the skyline, the crowning glory being the horses of the Hippodrome which can be seen from the square. 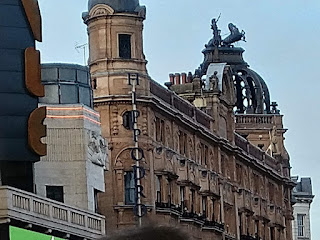 Alternatively, collages of cinema/s can be made, or sketches done with neon markers.   Lots of people-sketching opportunities.

If it rains, we may be able to find outdoor shelter under which to work, there are various projections from some of the buildings, or you can bring an umbrella  (and sketching stool).  If it rains badly, we can select a cafe and go in and sketch inside.

We can also move on in the afternoon if we wish, to Chinatown.  We will in any case check out Chinatown for another occasion.

Some twelve artists braved a very cold April day to sketch in Brixton Market. This proved to be a uniquely exciting and diverse slice of London life. The covered market is being gentrified but there is still a good range of African vegetable and textile stalls, together with cafes and craft shops. The railway runs overhead very nearby adding a Hogarthian feel to the location. There is also a David Bowie mural on the other side of the road from the station which adds to the excitement. We were glad that the market is covered which gave some protection from the elements. Case Morita, an owner run Mexican restaurant, proved a good lunch time venue to share ideas and recuperate.
In spite of the cold the artists produced an amazing amount of exciting work, which we hope you will enjoy below. I hope it is all included.
The next outing will be to Leicester Square on 30 April. More details to be published shortly on this blog 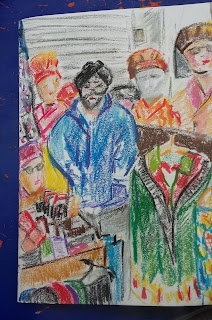 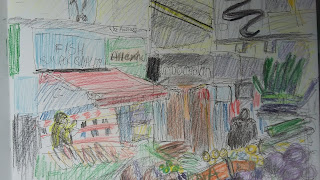 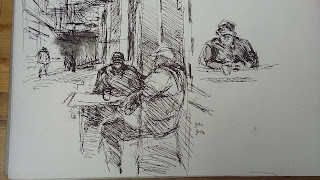 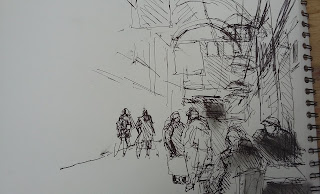 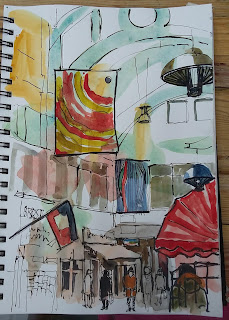 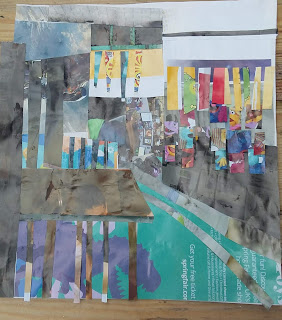 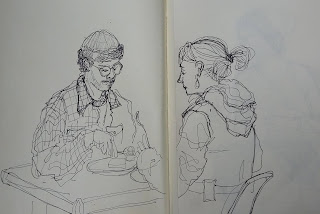 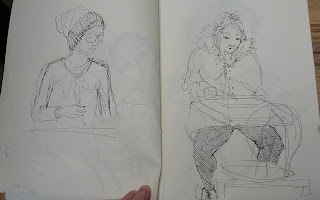 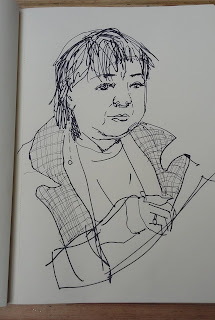 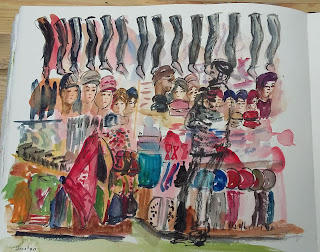 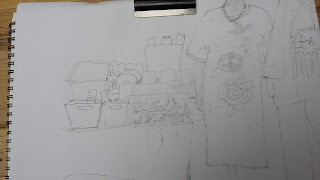 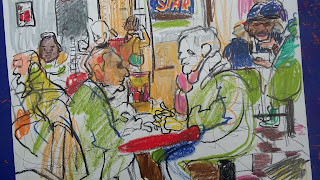 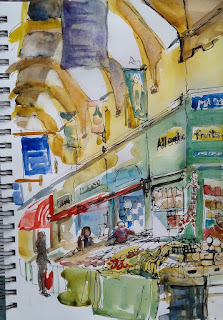 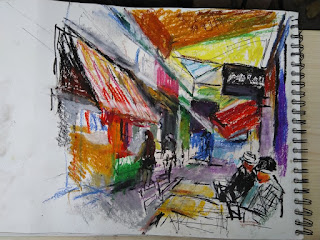 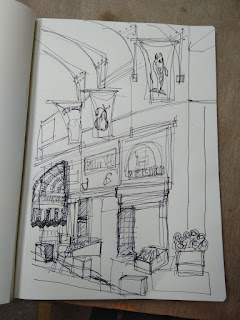 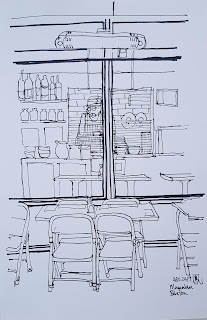 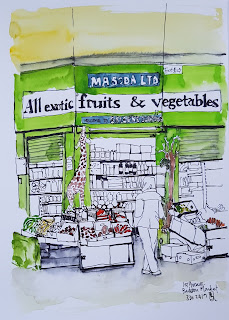 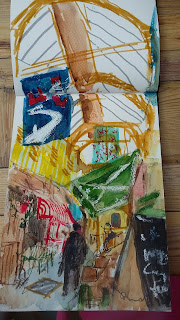