Nine artists arrived at Newington Green on a sunnyish morning.   We examined Maggie Hambling's statue for Mary Wollstonecraft, and our first reaction was that it was much smaller than we were expecting from the press photographs.  Those artists who thoroughly looked at the statue before they settled down, and while sketching it, became more and more impressed with it as they worked; they found they could see parts of the female body emerging from the chaos of the lower section, to reflect the idea that Mary Wollstonecraft was emerging from the lives of other women before her (or Everywoman is emerging from those who went before, which seems to be what Maggie Hambling intended).   Comments welcomed on this.   The silvery finish itself also reflected the trees which surrounded it in multiple shades of green, and (possibly) might also reflect the chapel which Mary attended which is still standing just outside the Green.   We are not sure whether the huge trees in Newington Green would have been seen by Mary herself at the end of the eighteenth century.   We were pleased to have had a close look at this deeply contemporary feminist and female-made artwork.

Others amongst us sketched the period buildings around Newington Green, including the Unitarian Chapel, and the Green more generally, and one person focused on the people enjoying themselves.  Unfortunately the rain came on at lunchtime, so that was that.   No further opportunities to revisit the statue in the light of our interesting conversation over lunch (obtained from Lizzy's Cafe on the Green, very nice).

Details of our next outing will follow shortly, in the meantime please enjoy our artworks. 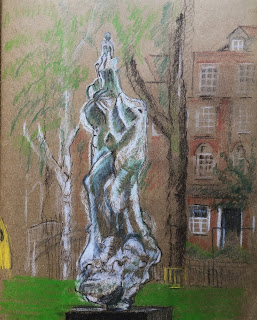 Images above by Gafung Wong (left) and Priscilla Worley (right) 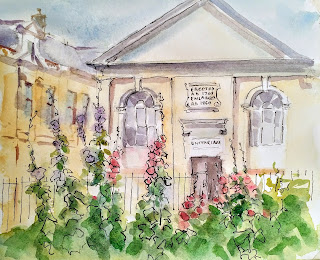 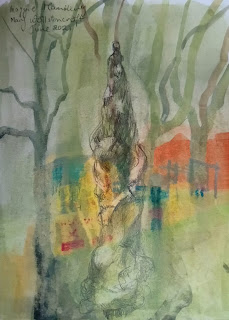 Images above by Sue Lees (left) and Tricia Sharpe (right)

Images below by Janet Payne 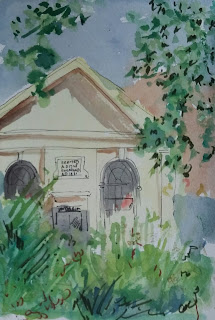 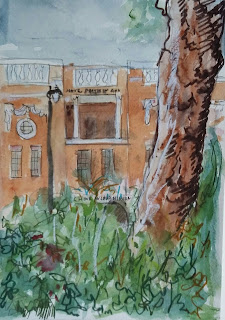 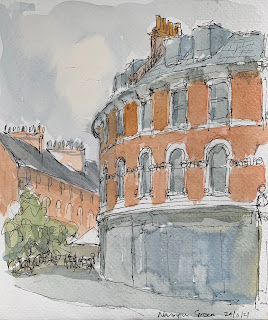 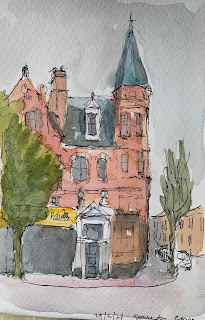 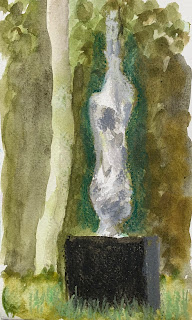 Four images above by Lindsay Topping

Images below by Gill Steiner (left) and Sara Meidan (right) 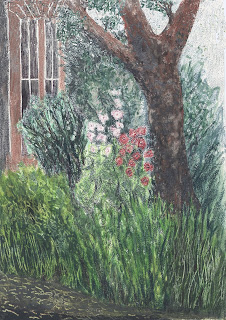 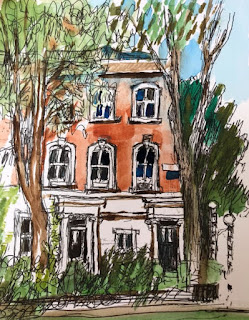 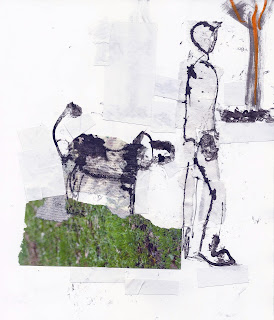 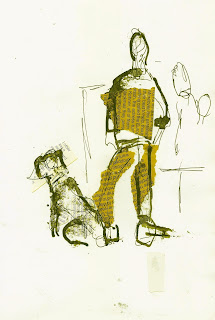 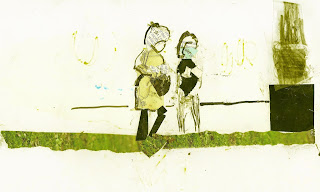 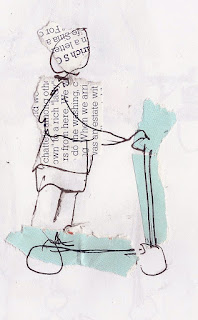