A dozen artists came to the Western Highgate Cemetery on a day which was supposed to be dry but which developed rain clouds and rain around lunchtime.  Despite this downpour, some hardy types made it through to the afternoon.  We had a fascinating and fruitful day steeped in antiquity.  Most people focussed in on the amazing and unique architecture, of mixed historical styles cheek by jowl, but some took in the heavy tree cover (and the trees are immensely tall), and some were attracted by angels and the lion!

One artist couldn't make it and sent in an image from another cemetery, New Southgate, perhaps we should go there another time.

See below what we made of it.

Image below by Cathy Burkinshaw 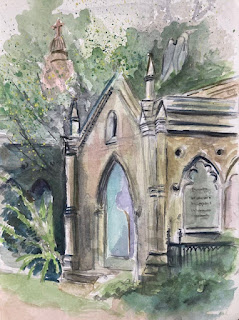 Image below by Avis Dennis 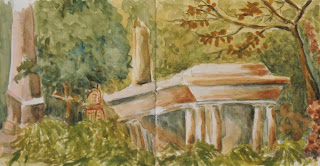 Images below by Janet Payne 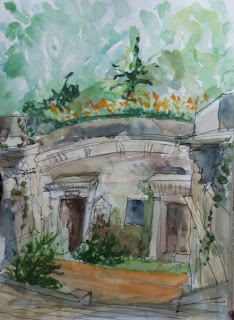 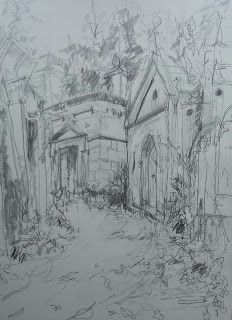 Images below by Gafung Wong 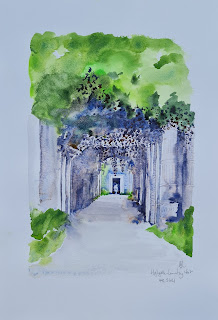 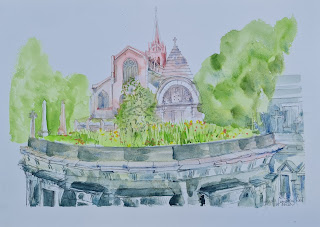 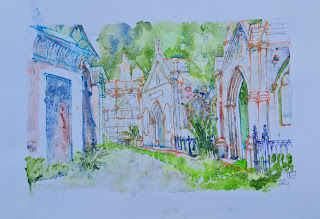 Image below by Christian Cook 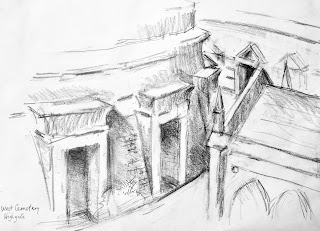 Images below by Daniel Lloyd-Morgan 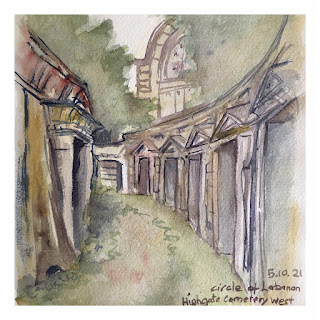 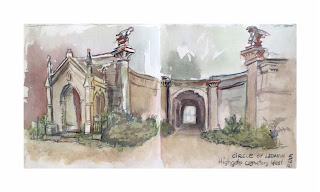 Images below by Sue Lees 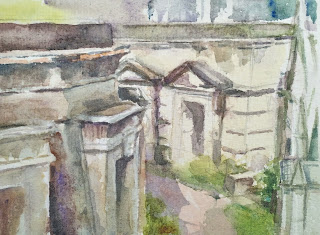 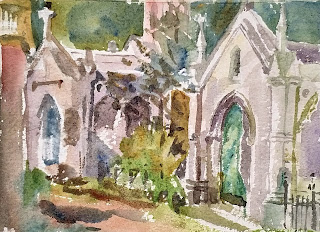 Image below by Diane Umemoto 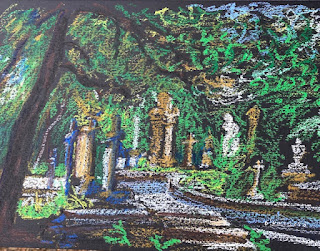 Image below by Alison Sandifer 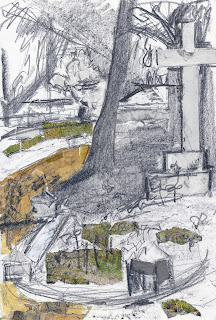 Image below by Alison Gardiner 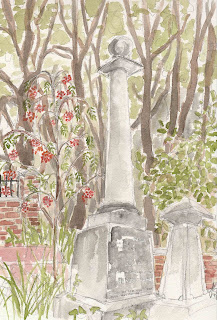 Images below by Maggie Pettigrew, who was captivated by the tomb of the Menagerist, George Wombwell, 1777 - 1850, as well as by a herald angel. 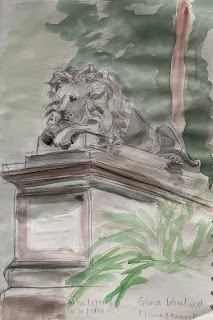 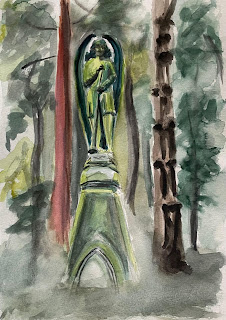 Reflective angel below by Peter Hassell 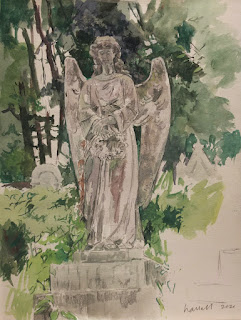 Image below by Tricia Sharpe, of an angel in New Southgate Cemetery
Tricia sent in the following comments as well: "The cemetery is now called New Southgate but it was The Great Northern Cemetery that was built in the 1850s when the central London cemeteries were closed. The dead were brought from Kings Cross on special trains that ran to what is now New Southgate station and then on a spur line to the cemetery. The cemetery is still in use – it has a crematorium now of course, a Jewish section, and Greek Orthdox etc, and is the resting place of a leader of the Ba’hai faith that is a point of pilgrimage.

It has its full complement of angels etc as you will see from my pic. This is on a re-purposed painting – and the weird dark terracotta shape leaning on the right is a memorial stone next to the angel that was falling over. I tried to hint at the tree behind with the blue shaped leaves." 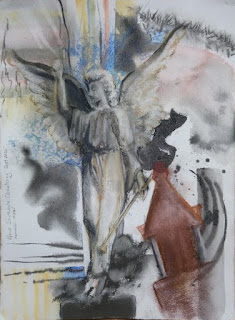 Details of our next sketching day in November will be published shortly.
Posted by Art in the Park at 22:57