On a bright but cold March morning 16 sketchers met in historic Southwark Cathedral and found it a great venue with lots of monuments and history. Next to London Bridge Southwark Cathedral is situated at what was originally the only river crossing point between South and North London. There are a variety of tombs, including that of the poet John Gower, and also a screen rich in statues which was partially covered for Lent.

The Cathedral was very welcoming and we were mentioned by the Chaplin as one of the visiting groups of the day, together with two enthusiastic schools groups.

16 is an all time high for numbers of Art in the Park attendees, so well done everybody and keep coming.

We had lunch in the Cathedral cafe where most of us even managed to sit at the same table and enjoyed the home cooked food!

There was some great work produced in a variety of styles but I am afraid that once again my photos do not do the work justice. 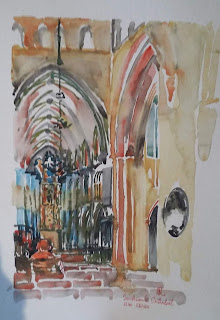 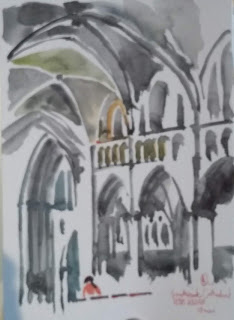 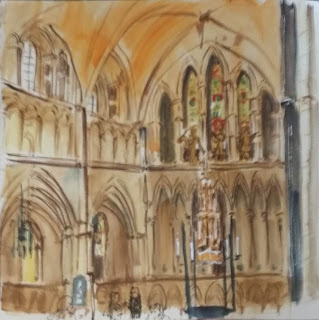 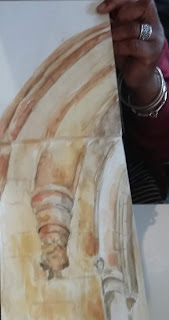 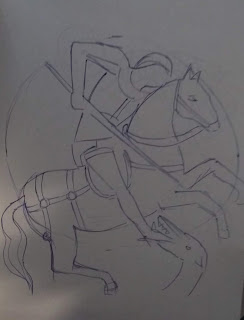 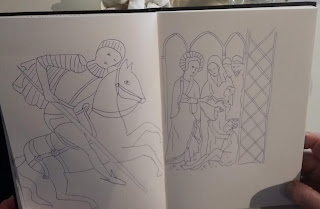 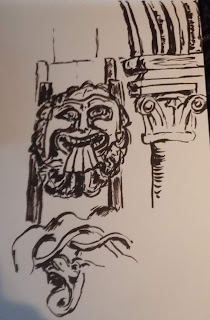 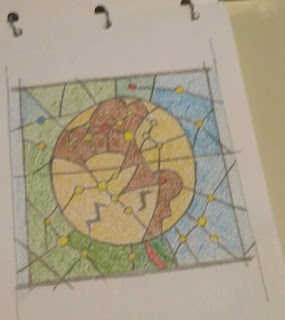 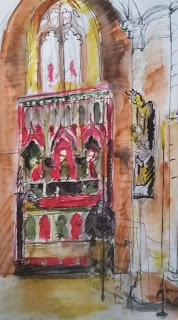 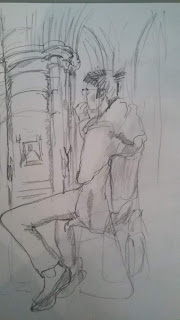 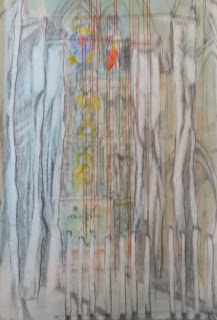 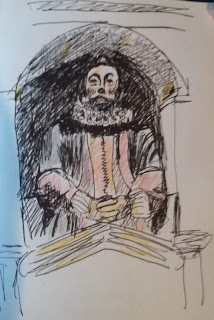 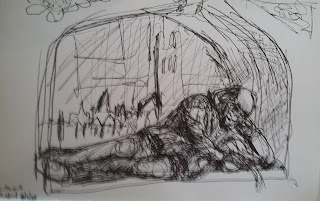 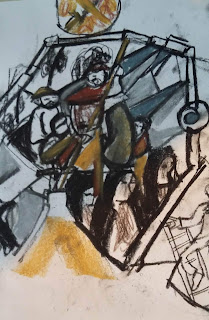 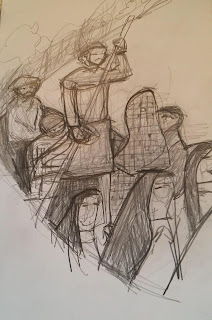 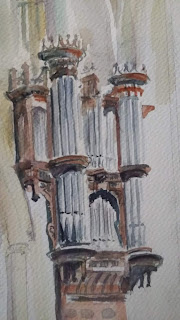 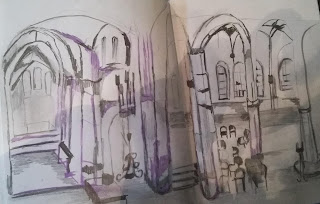 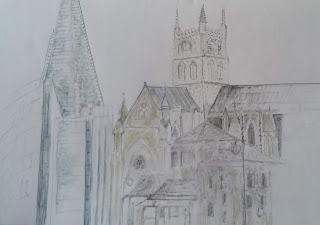 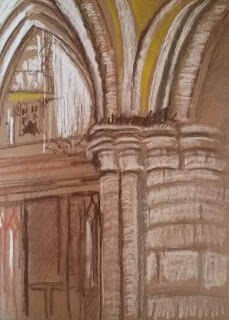 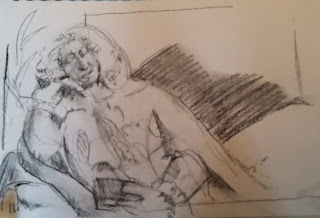 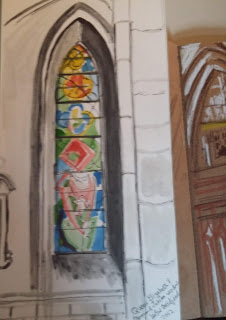